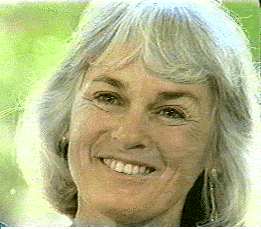 One of the videos in this series is "A WORLD OF DIFFERENCES: Understanding Cross-Cultural Communication". This video is dedicated to the proposition that cross-cultural communication can be successful -- IF we strive to recognize and understand the powerful differences that separate people from two cultures. When we encounter people from other cultures, we may fail to understand them because of differences in language, values, gestures, emotional expression, norms, rituals, rules, expectations, family background, and life experiences.

The video A WORLD OF DIFFERENCES can serve as an important sentitizing device, and people who see the video will emerge with a greatly enhanced awareness of the importance, nature and power of culture. The video examines 14 different facets -- both verbal and nonverbal -- of cross-cultural misunderstanding. In each case, the power and subtlety of cultural differences is explored and illustrated. As the video demonstrates, culture can be like a veil that prevents us from understanding people from other societies, and also prevents them from understanding us.

As shown in A WORLD OF DIFFERENCES, one important cross-cultural difference involves food. Each culture has unique ideas about what's edible, what's delicious, and what's disgusting. In the video the woman on the left describes her reaction when her Vietnamese hosts served her a local delicacy; a bowl of congealed chicken's blood. In the video, we also see the Iranian-American man on the right tell about the time his father served him a dish without telling him what it was. After the meal was consumed, his father revealed that the dish was bull's testicles.

Cultures also differ in the meaning of slang, even if people think they're speaking the same language. The young man on the left is from Ireland. In A WORLD OF DIFFERENCES, he describes his confusion when American friends misunderstood him. In Ireland, when people say "I was pissed", it means "I was drunk" -- not "I was mad". In the video, he explains that Irish people say "Where's the crack in this town?" to refer to parties and fun -- not drugs. Sometimes understanding vocabulary is not enough. In A WORLD OF DIFFERENCES, we see the man on the right from Japan trying (unsuccessfully) to guess the meaning of the American idiom "I'll Eat My Hat".

In A WORLD OF DIFFERENCES, we explore subtle differences that affect our ability to understand people from different cultures. For example, the woman on the left explains that Chinese young people tend not to display male-female contact in public -- no holding hands, no kissing, etc. In the video, the woman on the right explains that Americans visiting a Japanese home should politely decline an offer of food the first two times it's offered, but then should always accept the food when it is offered a third time. These cultural etiquette rules are never taught to visitors, but visitors will be seen as very rude if they behave in culturally inappropriate ways.